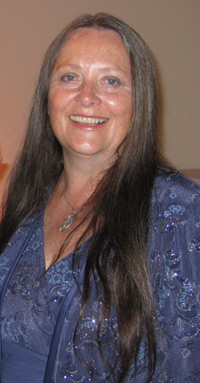 My first Bridge-playing triumph was novice player of the year in Boston in the 1973-1974 season. Interestingly enough my late husband Steve won the same title in NYC in 1974. This was before the MiniMcKenney races or he probably would have won that too.

I have also won 8 National championships (3 open, 2 women’s, 2 mixed, 1 nonLM) including two with my late husband Steve Cooper. I have won the North American Open Swiss teams three times, most recently partnering my husband, Steve Cooper, previously in partnership with former husband, the late Henry Bethe, and the other time with former partner the late Larry Mori. My next best event has been the Women’s Swiss, one win, two seconds, and a few other high finishes. As Kitty Munson, I won the Wagar Women’s KO teams, in partnership with Carol Simon. So far though the best my women’s team and I have managed in the Women’s Board a Match is second. Also in the Master Mixed Teams, I have been second twice, once with my husband Steve and once with Helgemo on Rita Schugart’s team. In the Reisinger board-a-match I have been 6th (with Larry). Finally my matchpoint titles were the Senior Mixed Pairs with Steve, Mixed Pairs with Larry and the last ever National Advanced Senior Masters Pairs in 1975 with Rob Schachter.

25 thoughts on “About Kitty”